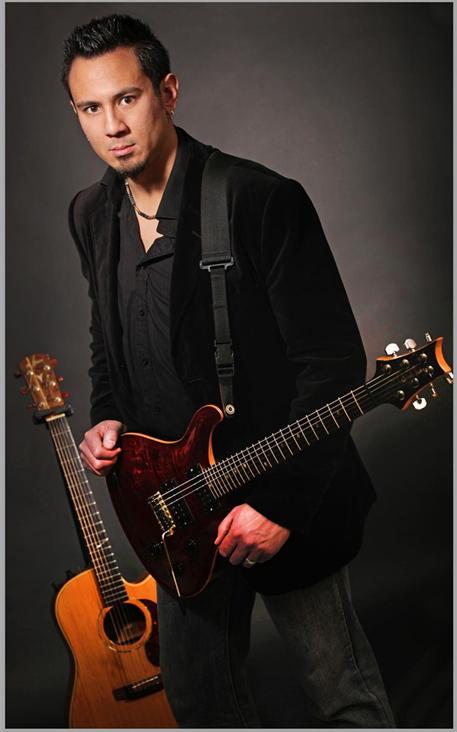 JUSTIN (JAY) LeROUX has been a mainstay of the Toronto live music circuit for over fifteen years.  He performs three to five nights a week at weddings, corporate events, charity functions, casinos, and nightclubs.
Jay is an educated, well-practiced musician.  He has always demonstrated excellence on his instrument, and maintains the admiration and respect of his fellow guitarists. His playing is the perfect blend of groove, feel and technique.  Also a vocalist, Jay possesses a true rock & roll voice, and conveys a great deal of energy and emotion in his vocal style.  Jay enjoys being on stage and loves to interact with the audience.
Jay studied music at Humber College, one of North America's most reputable performance music schools, where he majored in guitar and composition.  Jay graduated in 1997 and received the Gordon Delamont Memorial Award for outstanding achievement in composition.
During his many years as a working musician, Jay has performed in the United States, Mexico, the Middle East, and all across Canada.
Jay's main gig is as guitarist and band leader of SWITCHBEAT, one of Toronto's top bands for weddings, corporate events, charity galas, private functions.
Jay's solo act features him performing on guitar and vocals in a wide variety of styles including r&b, pop, funk, new rock, classic rock, folk, and more.
In addition to performing, Jay also works as a guitar instructor and voice-over announcer.